Even the horse knew what?

I’d like to be able to say this blog draws its name from the ancient beliefs that the horse is an all knowing messenger from powerful beings. However, that simply isn’t true. It is inspired, like many things, by a Dilbert Cartoon. It’s funny. I am not sure why.

That first paragraph probably told you more about me than you will ever otherwise find out. Beyond my weird sense of humor and bad taste in music the rest is pretty standard. I wear a bunch of hats professionally and semi-professionally, including:

These days I am working for Red Hat as a Business Strategist in the Red Hat Enteprise Linux Business Unit. I focus on helping Red Hat’s strategy work well with our Community OS projects, Fedora and CentOS and Developers in general.

I’ve written some code and contributed to other code bases. A lot of this work has been done on GitHub.

Talks and presentations that I’ve given are collected on my talks page.

More details can be found in my LinkedIn profile, amongst other places.

If anyone actually reads this page and sends me a question, I’ll make this description better.

I engage in one habit that a friend has described as “barbarism.” I put two spaces after periods. *gasp* I also tend to hardwrap non-email text. *shock* Finally, I have currently set my tab to be 4 spaces and not 8. *fainting noise*

For those of you who need to send me something super sekrit, please think carefully. While I have had a GPG key, I believe that email is effectively not reasonable to secure with GPG. Therefore I encourage you to consider alternative methods, such as Signal.

I know the folks behind happinesspackets.io and have received a few packets over the years.

I’ve had the privilege of being quoted a few times. For vanity reasons, I maintain a list.

Bios are hard to write and terrible to have to come up with on short notice. I keep a few here for use.

Brian Exelbierd is a Business Strategist for Red Hat Enterprise Linux at Red Hat and has a background in Higher Education and IT/Engineering. Follow him @bexelbie

Brian “bex” Exelbierd is the Business Strategist for Communities and Developers in the Red Hat Enterprise Linux Business Unit. At Red Hat, Exelbierd has also worked as a technical writer, software engineer, content strategist, and community architect. Prior to Red Hat, he worked at the University of Delaware as the Director of Graduate and Executive Programs in the Alfred Lerner College of Business and Economics and as a Budget Analyst. Follow him @bexelbie

Brian “bex” Exelbierd is the Business Strategist for Communities and Developers in the Red Hat Enterprise Linux Business Unit. He helps operating system communities by easing the way for Red Hat Enterprise Linux to support the great things they do. At Red Hat, Brian has worked as a technical writer, software engineer, content strategist, community architect and now as a product manager. Brian spends his day working on the three year strategy that helps Red Hat Operating System communities the larger developer community have the best interactions with Red Hat Enterprise Linux. Before Red Hat, Brian worked with the University of Delaware as the Director of Graduate and Executive Programs in the Alfred Lerner College of Business and Economics and as a Budget Analyst. Brian’s background in software engineering stretches back years before his university work and includes stints in both business and government. Many of his projects are the “glue code” or interstitial pieces that fill the spaces between systems, providing continuity and ease of use. Follow him @bexelbie

Brian “bex” Exelbierd enjoys a good beer, a nice coffee, and a rousing conversation about taxation. Born in the USA, he now lives with his partner and daughter in Brno, Czech Republic. His focus is on his family, walks for artisinal bread, and reading long form articles. By night, he tinkers with this thousands of spreadsheets and occasionally works on projects that are often “glue code” or the interstitial pieces that fill the spaces between systems. By day he is the RHEL Business Strategist for Communities and Developers at Red Hat. Follow him on twitter @bexelbie and read his sporadic blog pieces at www.winglemeyer.org.

I am placing two headshots here. I have the photography skills of a <insert unskilled thing here> (I am a terrible picture taker, editor, and model), so be kind :). I’ve also noticed that someone keeps running a real world shading effect on me so I appear to have more gray in my beard than these photos from 2013 show. I am not sure why they are not auto-updating … 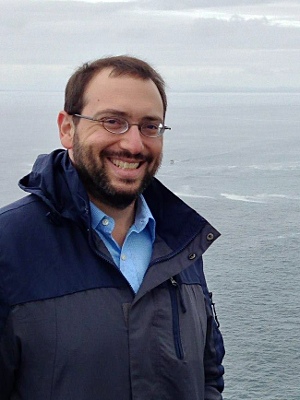 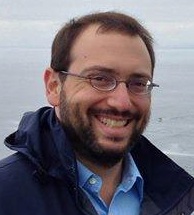 This web site is hosted on GitHub Pages from my bexelbie.github.io repository.

The site is authored in a combination of HTML and Markdown which is built by Jekyll.

The theme is Minimal Mistakes.

Comments are only occasionally enabled. I think that most of my writing deserve a response via your own blog/social media and I encourage you to do so. In a few situations I’ve enabled comments because they make sense for that particular article. Comments are powered by Staticman.

This site is instrumented with Google Analytics to allow me to see some basic statistics information and catch broken links.